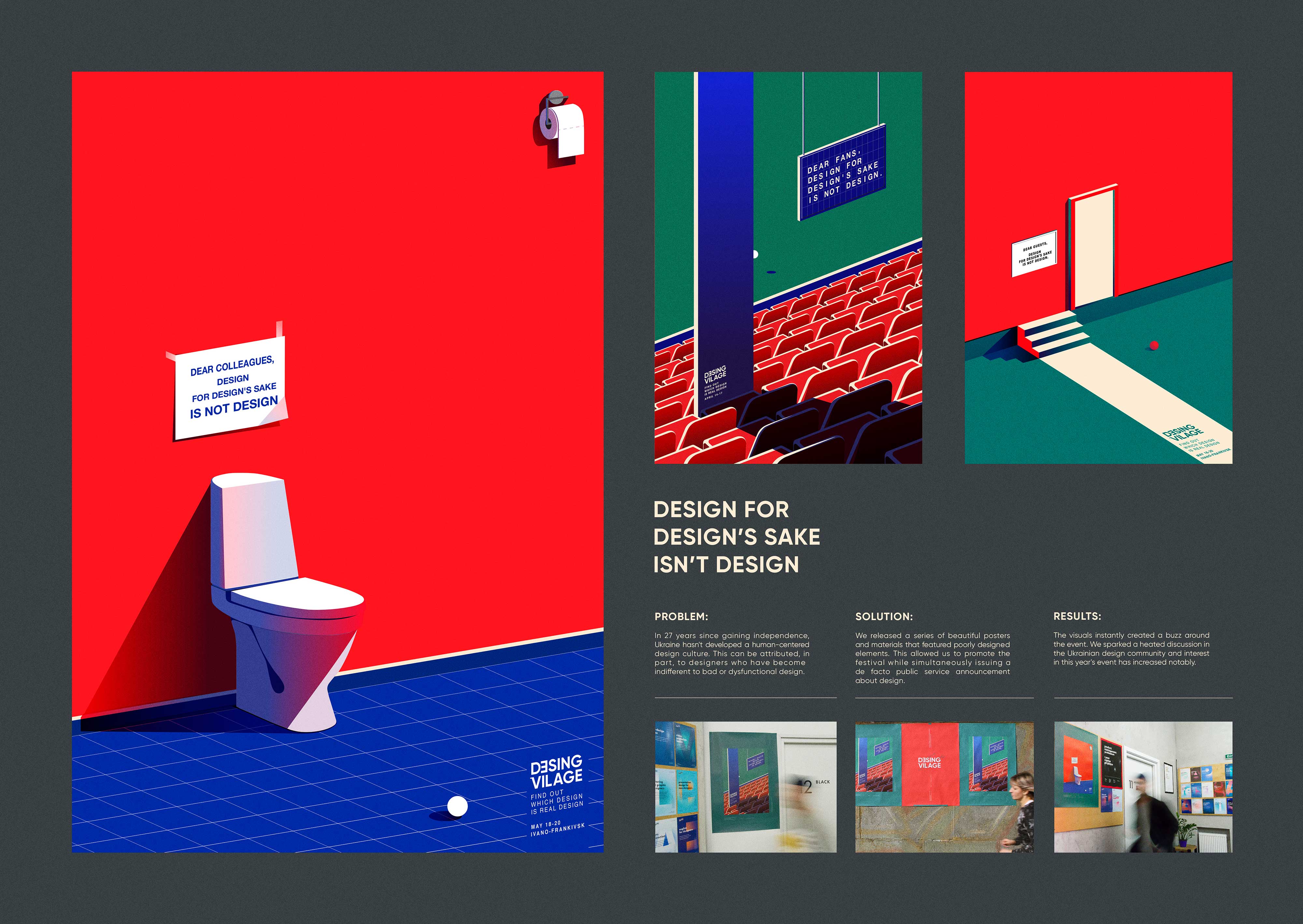 Entry description: We created promo posters for Design Village, one of the largest design events in Ukraine. Each year, it brings together people from around the world of visual culture— from graphic designers to UX/UI designers to illustrators and artists. We used the opportunity to create a de facto public service about the realities of design in Ukraine, forcing designers to confront the same bad design that consumers deal with in everyday life. Brief: Create an identity and posters for Design Village, a festival that is respected by designers from every industry. It's the largest design event in Ukraine. It especially attracts young designers who are still on their way to the top. This year's goal was to show that design should be more than just aesthetics— it should be about user experience as well. Solution & Cultural Context: We released a series of fancy posters with various poorly designed elements, turning festival promotion into a public service announcement about design. In the past 27 years, Ukraine hasn't developed a strong culture of designing to solve problems. Design Village attracts designers from every industry, so it was the perfect platform to remind people about the role of good design in everyday life— and what happens when it's not there. All while attracting attention to the festival. Insights: In former Soviet countries, consumers are faced with endless inconvenience— from poorly planned architecture to the routine struggle with everyday items. This is chiefly the fault of poorly educated designers who either didn't learn or forgot their role in design. So the insight became that most designers in Ukraine either don't come face-to-face with design failures or they get used to them to the point that they no longer notice them. And Design Village forced them to confront poor design. Proof of Eligibility: The target audience were designers who live all around Ukraine. The campaign was released online in late January, 2018. Additionally, physical posters are being placed in several Ukrainian universities, educational platforms, creative spaces and co-working spaces. Mostly, they are being placed in large cities, such as Kyiv, Dnipro, Lviv, and Ivano-Frankivsk.