The Very Best of 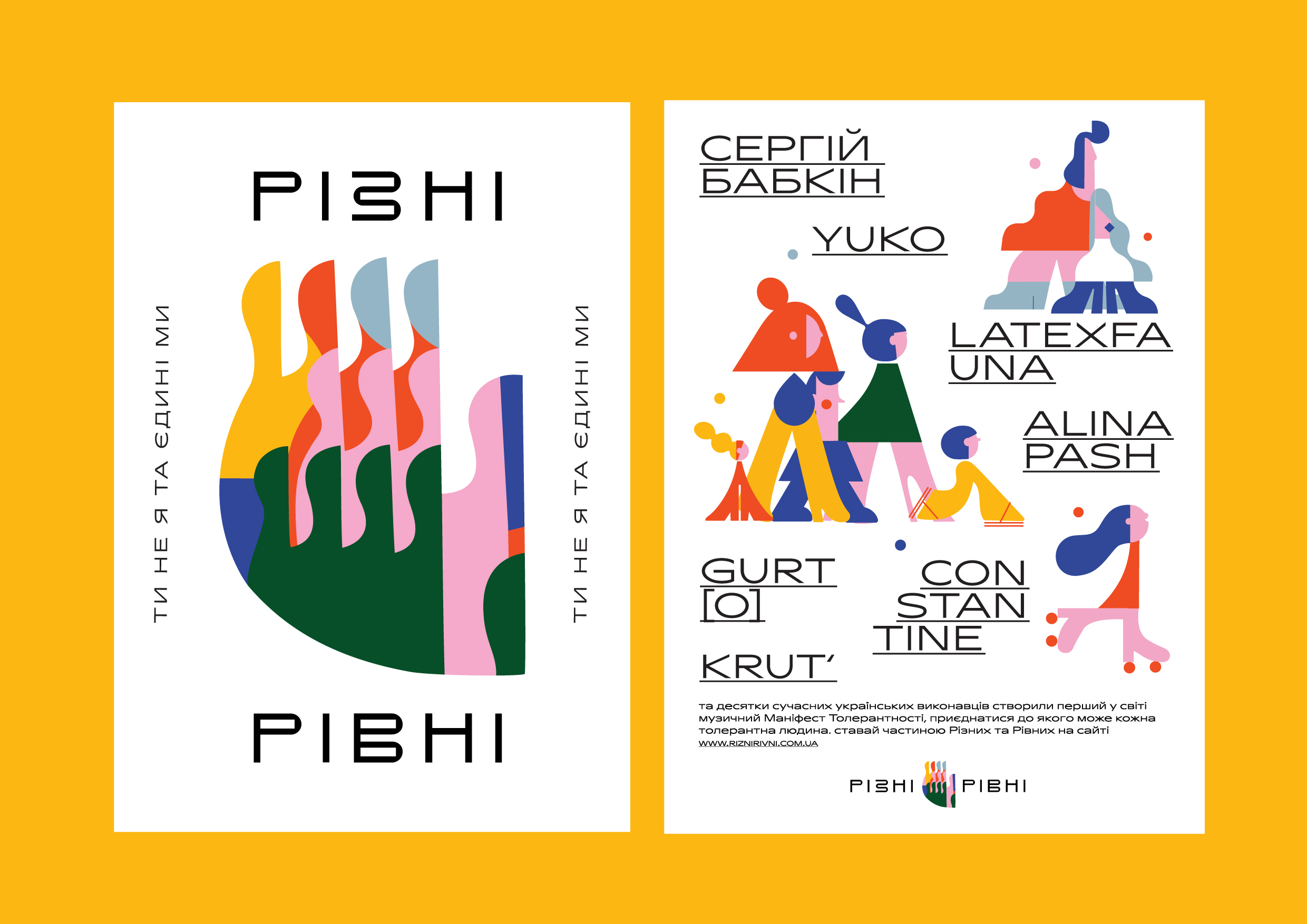 Ukraine is a country where tolerance has a long way to go. However, it is known from in-depth surveys, that in spite of the negative trends, there are millions of tolerant people in Ukraine. Today, about 15% of 42 million Ukrainians are tolerant to the LGBT community, according to the recent Pew Research Center study. Iit seems like it's not much, in fact it is millions of people. . So how do we unite all these people and show LGBT community that they are surrounded by those who support them? To answer this call we created Rizni.Rivni (DIVERSE.EQUAL), the all-Ukrainian multichannel campaign for promoting tolerance and equality. The prominent visual identity is in the heart of the campaign. It is the first visual identity designed to feature tolerant people. In a country where you can be beaten for holding a rainbow flag, the symbol of a raised hand becomes a sign of support. The promo poster for the Rizni.Rivni campaign is made of two parts. They are different, but always go together. The diptych takes core identity to the next level, transforming it into illustrations to communicate the inspiration and diversity. The diptych has been developed as a part of the National Public Information Campaign that promotes equality for LGBT people. Campaign was developed with participation of civil society organizations across Ukraine, namely Gender Z, KyivPride, Sphere, Educational Center for Human Rights in Lviv, Insha, Liga and support from National Democratic Institute and governments of UK, Sweden and Canada.