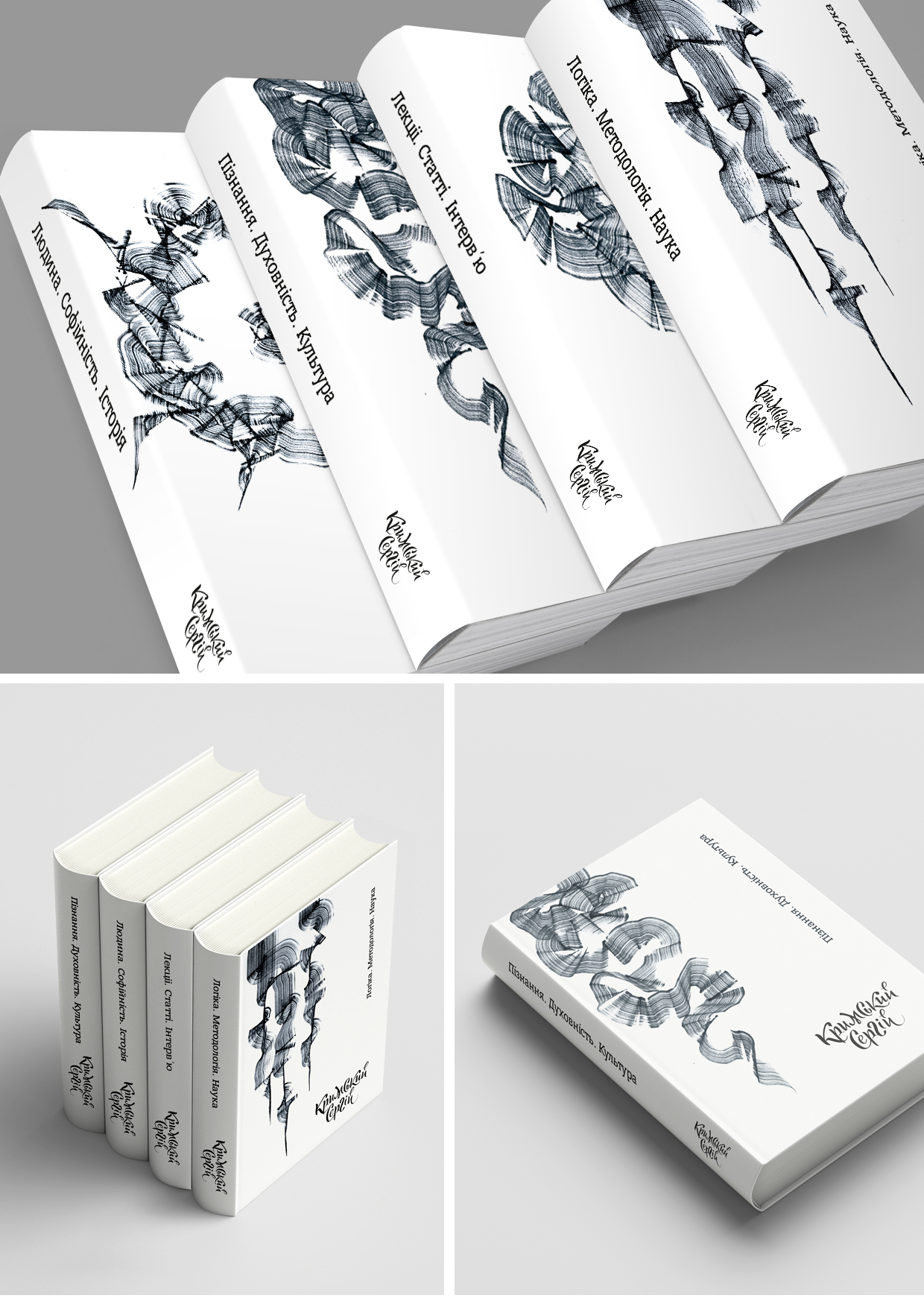 The books on Sergei Krumsky

A series of books on Sergei Krumsky, who was Ukrainian philosopher and cultural instructor. He had lived and worked during the second part of last century and some part of begin of this century. He is the author of 200 scientific works devoted to the problems of logic and methodology of the science, culturology and philosophical anthropology. He had developed the basics of the transformation`s knowledge, techniques of interpretation, the basis of generalized rationality and understanding, the principles of spirituality, singled out the archetypes of Ukrainian culture. He proposed a holistic concept of human as a carrier of cultural values. Krumsky`s creativity is marked by erudition, rationality and at the same time is a figurative, stylish of expressing and a high aesthetic taste. His books are Collection of Scientific Works. The challenge was to create a visual image of books only through the covers and try to reflect the scientific creativity of the scientist through graphic images. Graphic images are consistented between themselves and illustrate the result of innovation that is always a unique phenomenon revealing the nature secrets of society and the human spirit. To transporate the productive cognitive abilities and talents of a person, his tastes and preferences, experiences and emotions, the potential of faith and hope, the aspirations of the soul and freedom of thought, the worldview and mindset. The main characters became abstract and metaphorical illustrations - symbols of movement and changes, the tendency of the line to become a form filled with meaning. The graphics facture material makes it possible to enhance the impression of the thorny path of the life along which the scientist has passed. His path of research interests with the formative processes of culture and the challenges of public life. The basis colors scheme was to take white and black. Restrained monochrome means the beginning and ending, day and night, life and death. The rest of the world exists between these two points.