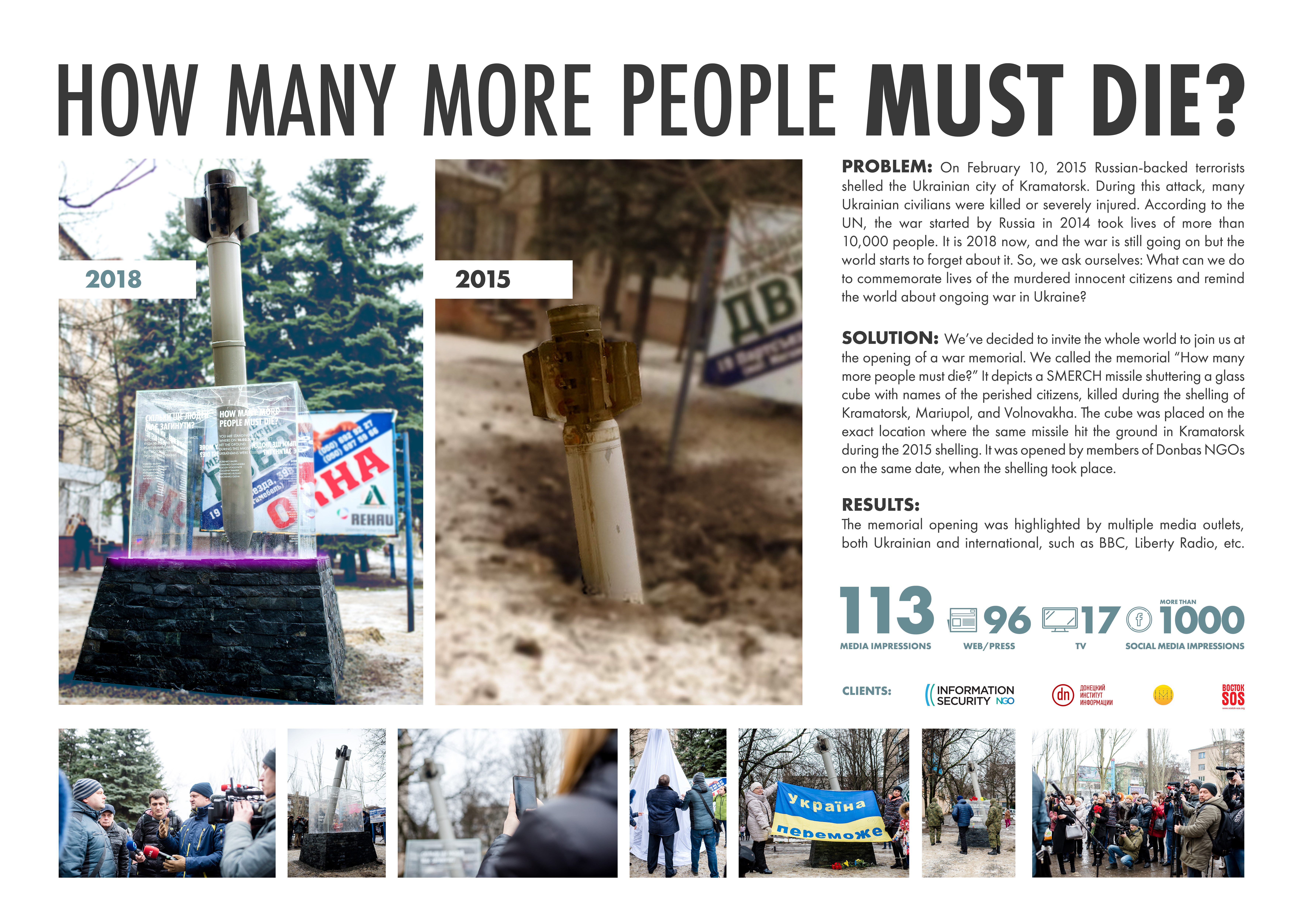 HOW MANY MORE PEOPLE MUST DIE?

On February 10, 2015 Russian-backed terrorists shelled the Ukrainian city of Kramatorsk. During this attack, many Ukrainian civilians were killed or severely injured. According to the UN, the war started by Russia in 2014 took lives of more than 10,000 people. It is 2018 now, and the war is still going on but the world starts to forget about it. So, we ask ourselves: What can we do to commemorate lives of the murdered innocent citizens of Ukraine? «How many people must die?» - is a memorial, which in an visual art form delivers important messages about fragility of human lives, commemorates perished victims of shelling by Russia-backed terrorists, and asks world community uncomfortable question about current war in Ukraine. This monument was given to the city officials and is currently approved to stay in the city, which gives opportunity to remind current and future Ukrainian generations about fallen citizens of Ukraine and inhuman actions by Russia. The memorial opening was highlighted by multiple media outlets, both Ukrainian and international, such as BBC, Liberty Radio, etc. During the first days of the opening, the news was mentioned in: 113 media impressions 96 web/press 17 TV/Youtube